Everyone loves the half-timbered houses, they are so gingerbread-wonderful!

Fakhwerk in German «Fachwerk» means a farm, that is, it is a type of building construction based on a wooden frame. The carrier is a spatial section of horizontal beams and vertical posts. The beams are visible from the outside of the house and give the building a distinctive look. The space between the beams is filled with any finishing material, starting from stone and ending with wood panels.

The history of this technology originates in ancient Europe. These houses are especially widespread in the northern regions of Germany and Poland. Fakhverk received his second breath at the end of the twentieth century due to his colorful appearance and the possibility of applying modern house-building technologies.

You must agree, to enjoy the year-round natural, ever-changing landscape and at the same time living in a modern, technological and very beautiful house is the dream of any city dweller. All these advantages will give you a modern Fakhverk.

Now let’s talk about the myths about Fachwerk.

Myth 2. In the half-timbered house is easy to penetrate. Denial of. By and large, you can penetrate into any home. Security at home is a series of activities that include the strength of wall materials. For a half-timbered house, this is solved by using the so-called triplex. Triplex glass is a glass, glued with a special film. This technology is used in the manufacture of car windshields.

The result is double-glazed windows, to break which will require considerable effort. Do not believe — try to break the windshield (somewhere in a landfill).

Everyone wants to live in comfortable homes, to have homes that really would be a source of pride! Before you think about building a reliable cottage that will meet the high requirements of comfort and safety, the majority of interested citizens carefully review the reviews on construction sites and thematic forums.

Despite the fact that this type of buildings is not as common as the usual houses from glued timber, there are a lot of reviews about half-timbered houses that have a magnificent medieval appearance. Many owners who want to further distinguish their home from among the rest, apply unusual colors to the facade. Leading designers also recommend that the space between the carrier beams be filled not with wall panels, but with window glass. Restrictions on the use of building materials to fill the structure is practically non-existent. Modern fachwerk can be brick, wooden, it is often made of aerated concrete, and sometimes from natural stone!

Reviews of such buildings can be mainly heard from lovers of a strict and at the same time cozy Scandinavian style. Basically, the organization of glass walls is relevant in homes, with large halls in the area of ​​staircases. In this case, the light penetrates well into the main premises, which are often devoid of it, creating good insolation.

The construction of the floor ledges

Very often in the half-timbered design you can notice such a feature as floor protrusions. Construction equipment, where the floors come forward one above the other, is something incomprehensible and outlandish for a modern person and, in attempts to explain the need for such a separation of floors, one can often hear different opinions that have little in common with reality. One of such opinions is the statement that by means of protrusions the architect sought to increase the area of ​​each higher floor. Without a doubt, this statement may seem fair, but an increase in the area, which, we note, is very small (projections rarely reach half a meter), is only a useful side effect of another circumstance. The fact is that the gable wall with a large number of windows, having the greatest height compared to the side walls, is most susceptible to the effects of precipitation. Building from wood, a material that has an urgent need for protection from pernicious moisture, medieval architects began to use the protrusion technique, thanks to which water from rain falling on the facade did not flow from floor to floor and to the foundation, but directly to the ground. This technique of protecting wooden buildings, according to historical studies, was known even to the ancient Greeks. The side walls due to the dense (in the cities) adjoining to each other houses and, often without windows, did not feel a special need for protection and were constructed in the usual way. The desire to protect the facade from excessive wetting gradually received a creative direction, and the technique of protrusions was used to build all sorts of balconies and bay windows.

The most accessible and most frequently used as a filler of half-timbered walls has always been clay adobe. The clay was reinforced (mixing it with straw or reed) so that it does not crack and does not break up into separate pieces. In order to keep the adobe in the wall and not fall out, a wicker base was prepared for it from thin branches, which were inserted into the previously made grooves inside the half-timbered fields. As a result of the drying of the clay, gaps form between the filling and the elements of the framework. These cracks were previously filled up with wool mixed with lime, and in modern construction conditions they can be filled. Then the surface of the adobe was plastered with a lime mortar flush with a wooden frame and, if necessary, painted. In order not to spoil the appearance of the wooden elements of the wooden framework, the latter can be pre-pasted with masking tape.

Also the frame is filled with clay brick, both burnt and raw, with subsequent plastering or without it (raw plastering). Apply conventional or decorative masonry — by choice. The old method of attaching bricks to the frame was to use triangular rails attached to the inner surfaces of the frame. In the extreme bricks cut a groove under the rail. A simpler and more modern method involves the use of flat metal anchors. In both cases, after three or four rows of bricks, the brickwork is reinforced along the entire length. Filling with natural stone is less popular. Stone-filled walls are beautiful, durable, but heavy and worse keep warm.

Aesthetic properties — an important, but not the main advantage of this type of building! Modern builders speak very well of half-timbered buildings, because a lightweight foundation is suitable for the house, which is explained by the low weight of the supporting structures. By reducing the cost of organizing the foundation and reduced the final cost of a beautiful cottage. Therefore, reviews can often be heard from satisfied owners of an inexpensive dwelling!

The variety of shapes and sizes — this is what the most enthusiastic review can be heard about. Indeed, half-timbered buildings are always beautiful and very unusual, as if they are descending from pictures of colorful books of fairy tales. Wanting to comfortably equip your life and improve on daily life, many people choose this technology for the construction of a cottage!

Mysterious half-timbered houses … This is a whole story in buildings of architecture and real works of art that you want to admire ad infinitum! The birthplace of these amazing structures is medieval Germany with its prim and at the same time majestic incarnations. Later, it spread to Scandinavia and other countries.

In essence, a conventional frame is represented by a set of beams, fixed in relation to each other at different angles of inclination. Used to create amazing buildings mainly conifers. The design itself gives the impression of being fragile and unreliable, but it is deceptive. In Japan, a half-timbered temple has been preserved to this day; its history goes back over 1300 years! The beams of this structure are made of durable cedar, which is famous for its reliability and longevity!
Half-timbered houses — modern trends

In recent years, new interpretations have been medievalized, which have been achieved thanks to the burden of modern man on natural and safe materials. The ancient developments are successfully combined with the production technology of glued laminated timber, because it is from this material that the best modifications of half-timbered houses of various shapes and sizes are obtained!

By the way, using a similar technology, a sauna can be built from glued lumber, a guest house or a small commercial building. Many believe that such structures have not the best thermal insulation properties, therefore they can only be used as seasonal 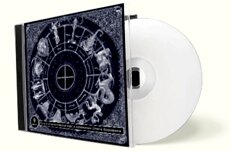